SweBend joined the startup of the newly installed SB3-360s from SweBend. The market dominating bending specialists Van Rijsoort in the Netherlands will now continue to conquer with their latest masterpiece installed. A smooth installation and start-up was followed by a UNP350 test-rolled with flawless precision. See the first and second pass in the video below: […]

﻿ Latest news on FacebookInquiry for Section Bending machines Industries demand their section bending machines to perform at increasingly higher level, to handle a broader range of bending operations and to be controlled more easily. Precision bending requires complete control of the whole bending process. The function and control of the support rolls for the […] 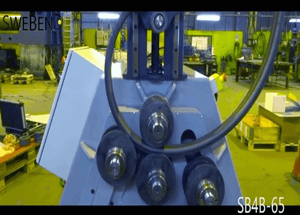 News from the SweBend production line 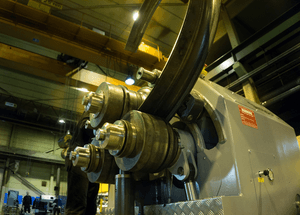 So what’s new on SweBend’s production line? A universal machine, mainly for job-shops and with the highest capabilities in relation to its size; Meet the SB3-300s! Every task has its designated level of difficulty and that’s also correct when the industry’s mid-size formats needs to be bent. The SB3-300S is power, precision and production efficiency packed into […]

Presenting the SB3S-105 Section Bending machine. This version includes features such as:

Yet another successful machine design by SweBend – this time for Aerospace Industry with toughest demands on precision bending in 3D.

The SB4-65S for Aerospace applications

The Most Precise Bending Machines on The Market, Worldwide. Through Swedish Expertise and Quality  We Build the Cornerstones in Your Production.

Stay in the loop

Get informed about the latest SweBend News, Machines and Features!

Let us know more about your bending requirements and we will send you an offer!

By continuing browsing the website you’re agreeging with our