Safety rules to follow when using a Bending Machine

What is bending used for?

What is metal bending exactly, and why is there a need for it? To start with, metal bending is a type of plastic deformation that permanently and irreversibly changes the shape of metal profiles and sheets.  Among the various forms and shapes that steel comes in, sheet metal is the most versatile and easiest to work with, making sheet metal bending tools our most popular products.  Other forms of metal include tubes and sections, both of which can be bent using our bending machines. Tubes, pipes, and sections often need to be bent to be used in several manufacturing applications, including gates, railings, and raw materials for other industries such as the automotive or aeronautic industries, ventilation systems, and electrical towers. In addition, sheet metal is usually bent to increase its stiffness and strength and change its appearance for its final use, usually for much heavier applications such as cargo ships, rail and road fluid tankers, wind towers and turbines, and pressure vessels.

How do you use a bending machine?

Before bending and forming metal, you should be equipped with the necessary work instructions for bending machines. The machine’s electric connections must be secure and free from dirt or oil contamination. Check the hydraulic fluid levels and look out for breaks, cracks, and other lesions before startup. When switching the machine on, ensure that the work area is clear of unneeded personnel and equipment to reduce the risk of accidents. Analyze the metal to be bent and select the appropriate bending option from the control panel.

Insert the material to be bent or rolled parallel to the bending machine and provide support if necessary to prevent the machine from toppling over. Ensure that the machine is well-lubricated before each use to enable smooth operation and prevent damages or marks to the rolls or material. Finally, press the “start” button on the SEVEN CNC panel. Sufficient knowledge of how to use bending machines is critical to smooth and safe operation.

What are the three types of tube benders?

There are three main types of tube bending: press bending, roll bending, and rotary draw bending. Other forms are not distinctly different from the three mentioned here but rather their extensions. Press bending, as the name implies, is when a press brake (usually hydraulic) is used in combination with fixed supports on the other side to introduce a bend in a tube. It is the simplest and cheapest form of tube bending but brings low accuracy and replicability with it. Roll bending pulls the tube through assemblies consisting of three or four rolls, bending it in the process. This is similar to press bending in that they both utilize opposing forces to shape the tube. The third and most popular type is Rotary Draw bending which utilizes a three-die system to shape the tubes. The clamping die of this three roll bending machine holds the tube in place, while the pressure die and radius die shape the tube into the desired radius by ‘drawing’ the tube around them, either electrically or hydraulically. It not only produces accurate and replicable results but also does so in an affordable manner. You should be aware of pipe bender safety precautions, however, before starting operation, as will be discussed later. 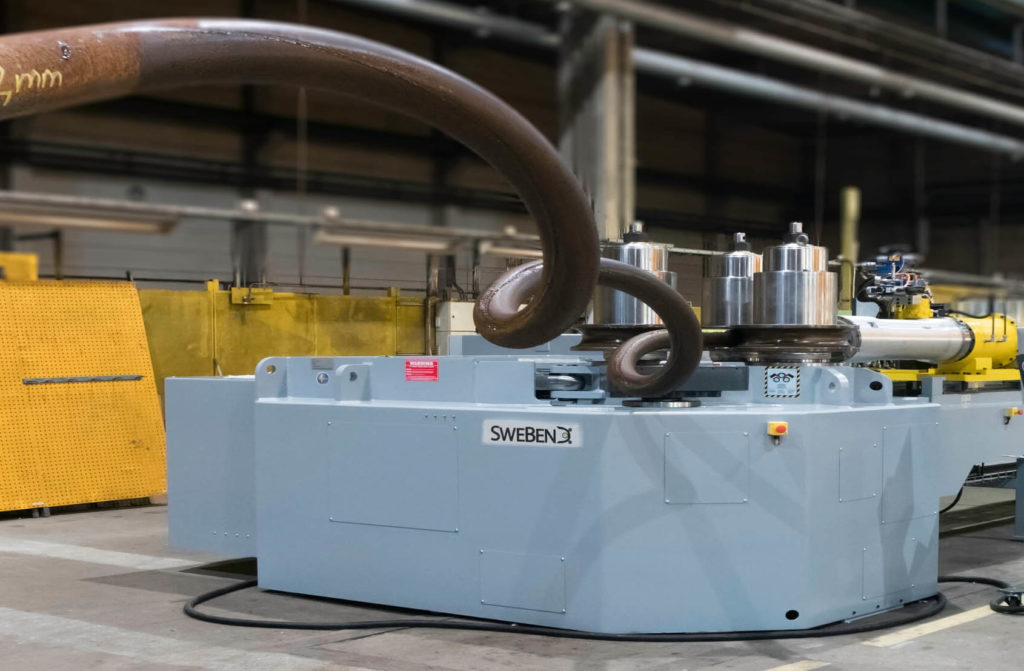 Among the section bending machines we offer is the Section Bending 3 roll Special (SB3S) series offering thirteen different models with a range between 7 and 18000 cm3 (0.4 and 1100 in3). To relate it to the types of tube bending we talked about earlier, the SB3S series uses roll bending. This range is more powerful than any of its market competitors and uses cutting-edge technology in the form of hydraulically operated guide rolls, which further sets it apart. The guide rolls in the three roll bending machines can be adjusted independently around three axes: around their axis of rotation, in and out of the machine frame where they are affixed, and in the plane of rolling. We also modify this series to our client’s demands, providing more control over roll adjustments.

What type of machine is used to bend sheet metal?

Additionally, sheet metal may be bent by using our PBX series, PB3 and PB4. The sheet metal bending equipment in these series are among the most versatile and universal machines on the market, including The Strongest Plate Roll to date. The PB4 series is equipped with market-leading CNC technology, which makes it even more precise and effective for replicable results. Since safety is our first priority, we will now discuss the 10 safety rules for sheet bending.

What are the safety precautions required in sheet metal sections?

As with all manufacturing and augmenting machinery, sheet metal bending tools must also undergo risk assessment. Machine safety and general safety rules in bending and stretching, specific to the equipment you will be using into consideration. In general, always keep the following 10 safety rules for sheet bending in mind: 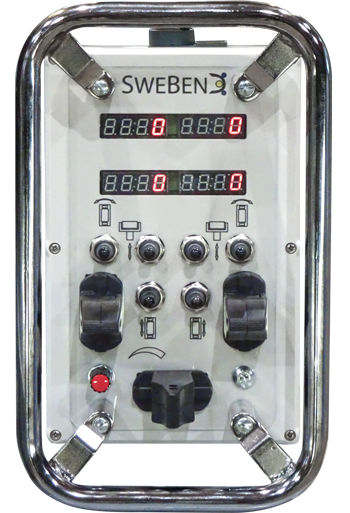 Figure 3: Our Bluetooth control device, compatible with virtually every metal bending machine in the market

What precautions are necessary when bending a tube?

In addition to the sheet and pipe bending machine safety precautions discussed, those related to tube bending should also be taken into consideration. The most common and critical bending machine hazard of working with metal tubes is the possibility of cuts or lacerations. Therefore, touching the tube surface with or without gloves on should be avoided at all costs. Another possibility of injury may arise due to increased temperatures of the metal you are working with. These temperatures may occur due to an open-source flame or heating of the metal due to the transformation it is going under. This is especially dangerous when tubes are involved as they tend to hold more heat energy inside their metal body. Touching hot pieces of metal or metal components of the tool for bending can result in severe burns and should therefore be avoided as well. Yet another one of pipe bender safety precautions is small particles, which may end up in the respiratory tracts of operators. To prevent this from happening, wear proper PPE.

Author: SweBend Team
Comprised of Expert Bending Engineers and Personel with over 250 years of combined bending experience, the SweBend Team is primed to handle the most advanced and technically demanding bending challenges.

The Most Precise Bending Machines on The Market, Worldwide. Through Swedish Expertise and Quality  We Build the Cornerstones in Your Production.

Stay in the loop

Get informed about the latest SweBend News, Machines and Features!

Let us know more about your bending requirements and we will send you an offer!

By continuing browsing the website you’re agreeging with our